Why Chris encourages Charlotteans to join the conversation 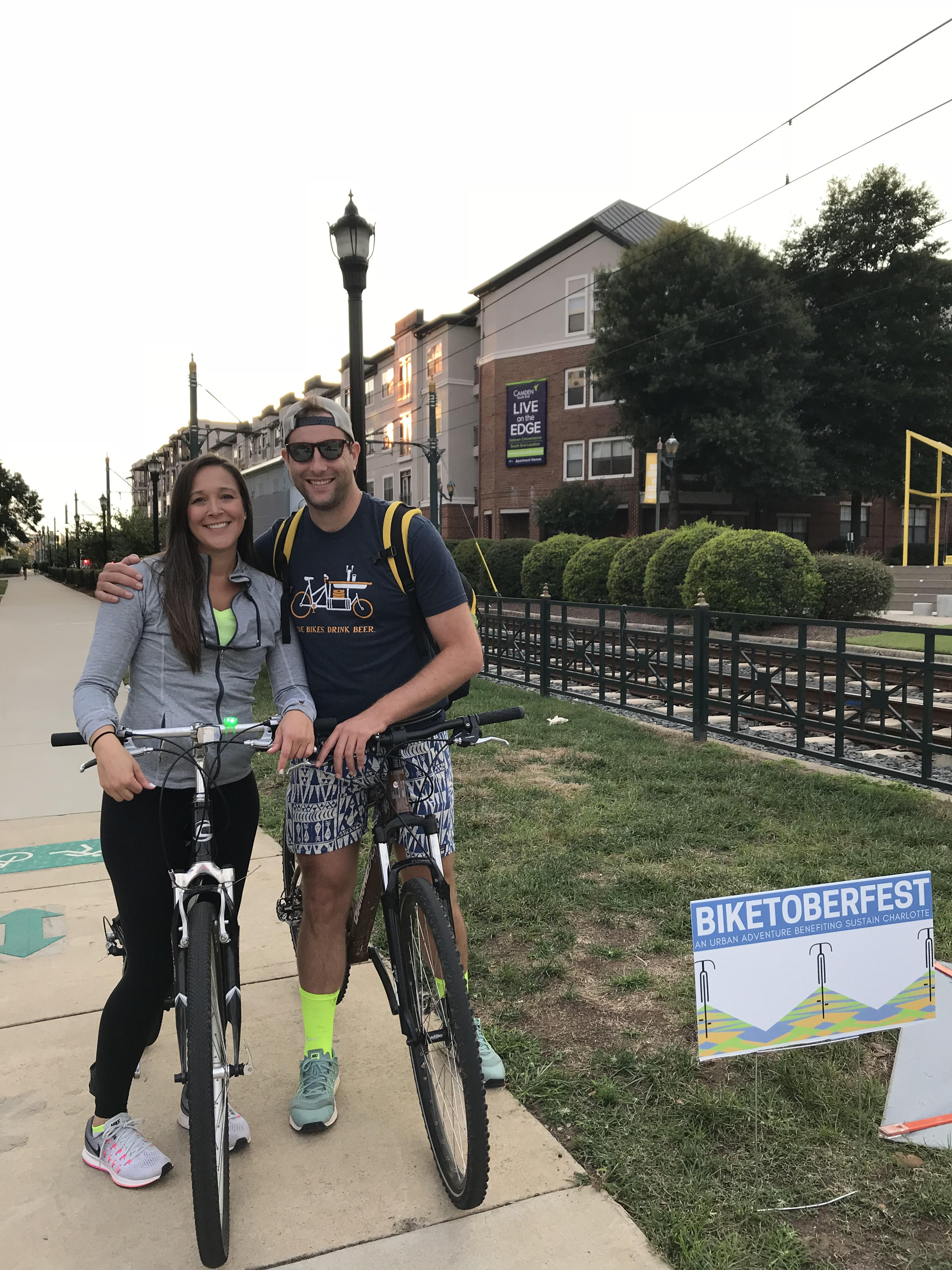 For several years, Sustain Charlotte worked in the same building as Chris Muryn's employer, Shook Kelley, allowing him to get to know the staff and learn more about how Sustain Charlotte promotes sustainable development. As an architect and urban designer, Chris has a deep understanding of why smart land use and transportation matter so much for the overall health of a community.

“These are huge problems. How do you even try to tackle them?” Chris says. “It’s daunting. Sustain Charlotte has really put a lot of thought and work into starting the conversation.”

Over the years, Chris has participated in many Shifting Gears and Grow Smart events while also serving as a volunteer for Biketoberfest--where he met his wife, Lesley, in 2017.

Before he met his wife, Chris bought a house on a bus route and utilized public transportation for his commute to work.  What started as a way to get to work, turned into the understanding of the challenges faced by those who depend completely on public transit. He had to take the bus to the light rail, which would then drop him in Southend--meaning that if one was late, the 45min trip could take over an hour and a half or more to get home. While Chris had a flexible employer, as well as the time, he knew this would be incredibly challenging for those without the job flexibility or families that required public transit to follow a particular schedule. “I don’t know how some people can ride the bus to work with jobs in the service industry needing to be at work at a particular time,” he says.

Even though Chris rarely commutes via bus these days, he and his wife have downsized to one car and commute to work together where she drops him off at the light rail (where he now works in the Historical West End)--at least, they did in a pre-COVID world. He’s hopeful that more employers will see the benefit and employee morale to continue to allow remote working options, helping to reduce congestion and air pollution.

For Chris, he believes in the power of dialogue, especially for those who are just starting to learn about how land use and transportation choices promote sustainability.

“If you want to be a part of the conversation, Sustain Charlotte has definitely started it. Please join in!” he says.

Sustain Charlotte offers virtual events to allow anyone to be a part of the conversation around smart land use and transportation choices. See upcoming events at sustaincharlotte.org/events!