The City is working on a Streets Map that will impact how new streets are built in relation to the newly adopted Transit-Oriented Development (TOD) districts. Right now the draft will include only major streets and their possible cross-sections for the Blue Line. 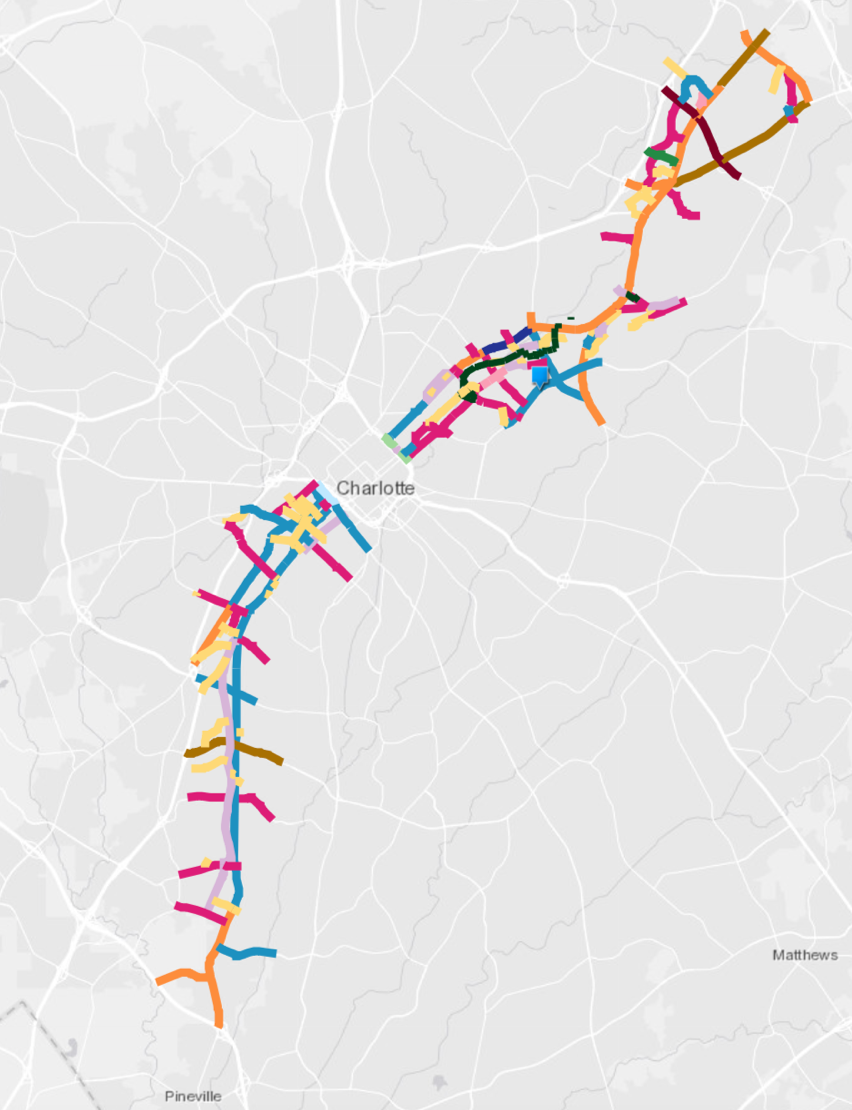 Just like the new TOD zoning that was approved and adopted by City Council this year, the Streets Map is an opportunity to change and try a new approach to streets in Charlotte.

Without your support and voice change is not possible. The Streets Map will define a majority of the space between buildings. It will provide the blueprint for how you and your family will get around the city. Please click the link below and give your input.

In case you needed some inspiration or suggestions on what makes safe, bicycle-friendly streets, here are four things we are asking for!: 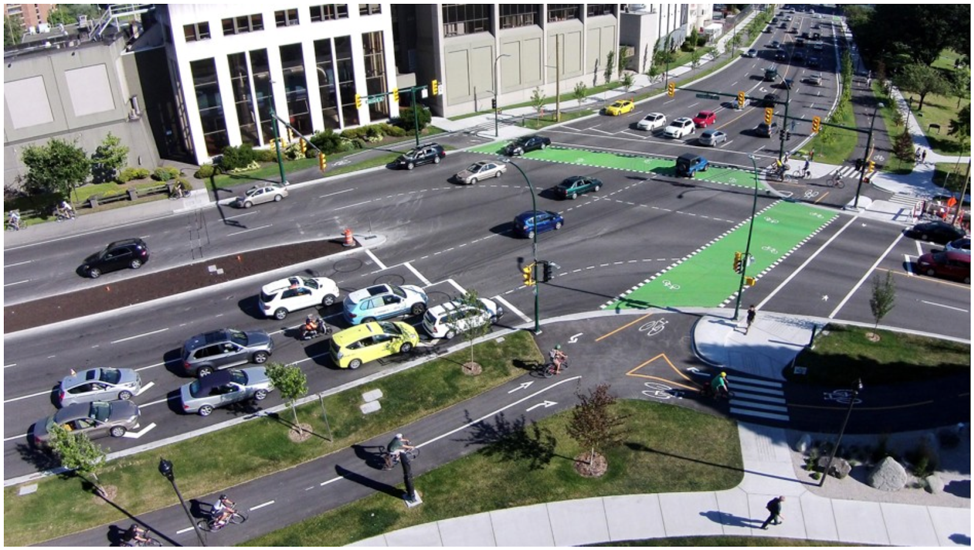 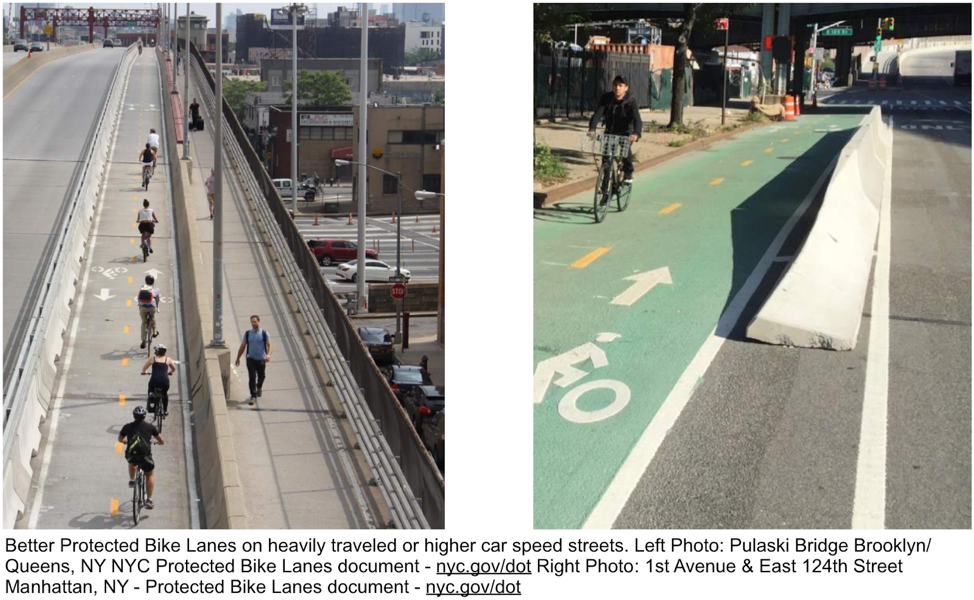 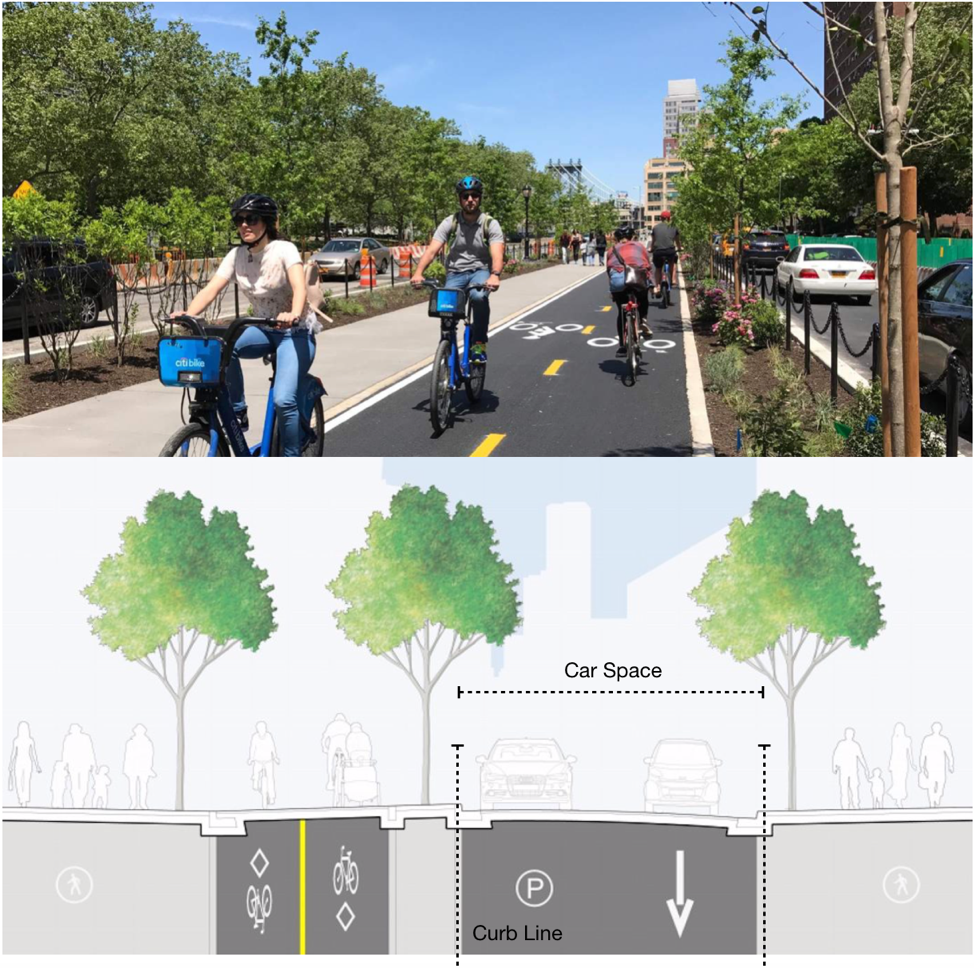 Defining the car driving space with the curb and along with it the stormwater utilities will allow for safer bike lanes in more of the city. Top Photo: Adams Street Protected Bike Lanes document - nyc.gov/dot  Lower Photo: Vancouver, BC Canada Burrard-Cornwall intersection improvements. Photo: vancouver.ca/burrardbridgenorth City of Vancouver

Ask # 4 - More Road Diets for Wide Streets in Our Neighborhoods 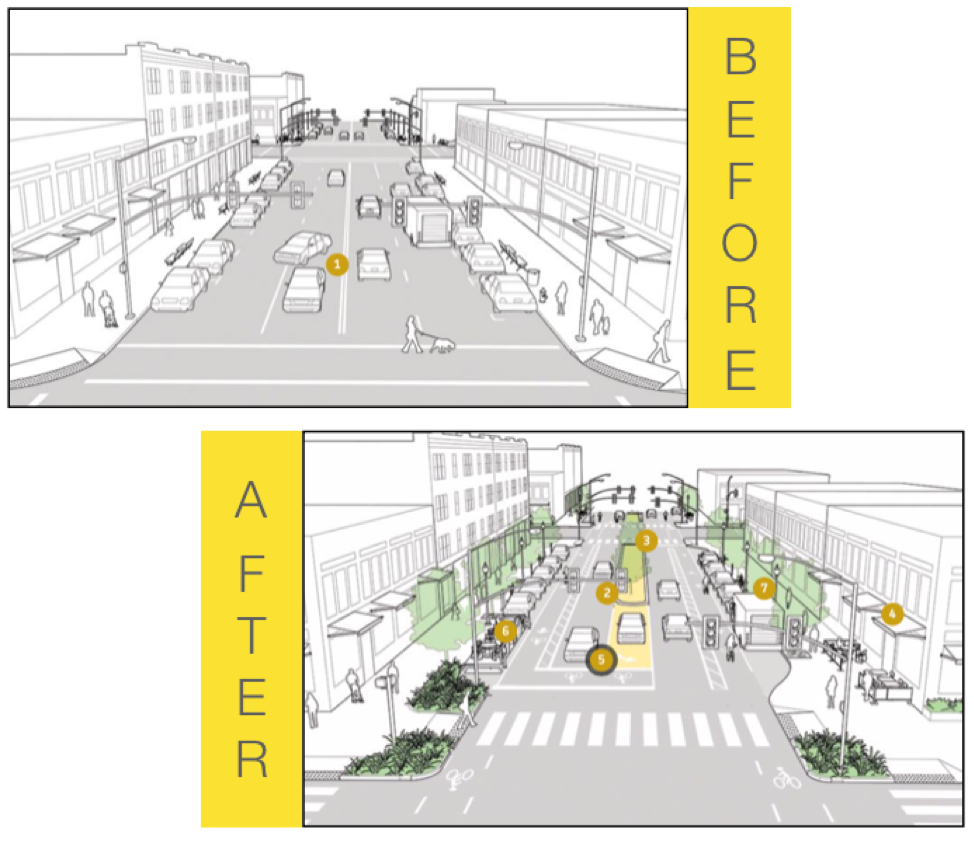 Changing the configuration of the street adds multiple modes of transportation and makes it safer for drivers, cyclist, and pedestrians. Both Photos: Urban Street Guide - Neighborhood Main Street - NACTO.ORG