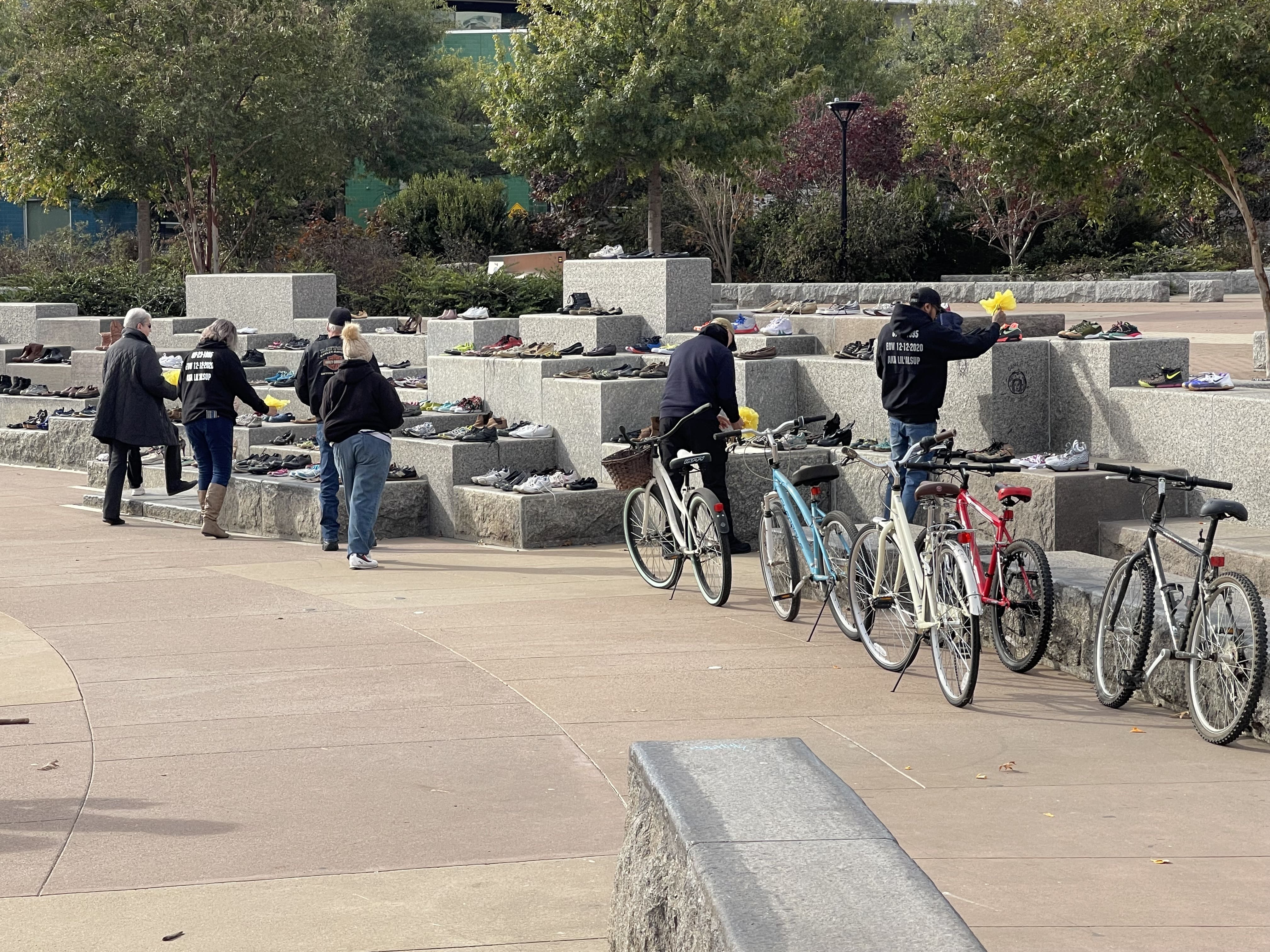 On Sunday, Nov. 20, the city of Charlotte placed 205 pairs of shoes in First Ward Park as a visual display of the number of people killed in wrecks and traffic violence from 2019-2021. Sustain Charlotte participated in the World Day of Remembrance for Road Traffic Victims, and staff member Lauren Sawyers shares a personal story about why the day matters to her family.

I’ll never forget how surreal it felt to see my sweet grandmother’s face on the evening news. A victim of traffic violence. Hit and killed by a car as she was walking across the street to visit my uncle. It was a tragic ending to a life cut short far too soon. While it felt surreal, it was a more common occurrence than most of us realize.

Since 2019, there have been more than 200 traffic deaths in Charlotte, including pedestrians and cyclists struck and killed by vehicles. This outrageous number doesn’t account for the many more seriously injured in crashes and the countless family members left to mourn a loss or care for a wounded loved one.

On Sunday, the city of Charlotte held a World Day of Remembrance for Road Traffic Victims to bring awareness and attention to this critical problem. This was part of the city’s Vision Zero program, a comprehensive traffic safety initiative focused on eliminating traffic fatalities and serious injuries. Whereas a traditional approach supposes that traffic deaths are inevitable and saving lives is expensive, Vision Zero operates on the premise that traffic deaths are preventable. The solutions to preventing the deaths are inexpensive and require a systems approach that integrates human failing. 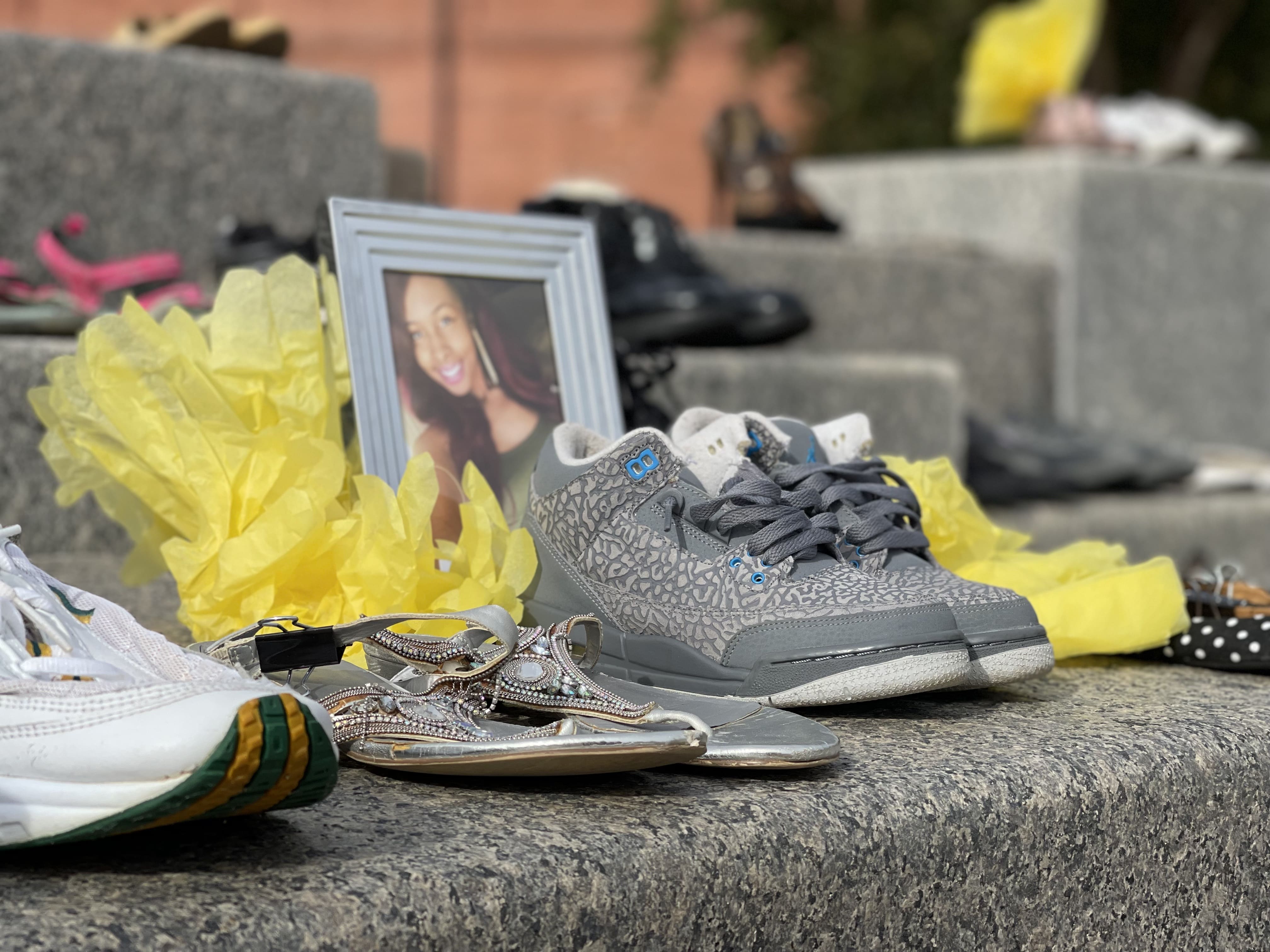 Attendees at the Day of Remembrance placed decorations on a display of more than 200 pairs of shoes to honor those killed on Charlotte's roads from 2019-2021. (Dashiell Coleman/Sustain Charlotte)

At the World Day of Remembrance ceremony, Debbie Smith, the Charlotte Department of Transportation director, welcomed attendees with sobering statistics on the state of traffic violence nationally and in Charlotte. She also spoke about some of the solutions the city is working toward within our community, such as designing and building safer roads, improving pedestrian infrastructure, and reducing speed limits.

Charlotte-Mecklenburg Police Chief Johnny Jennings spoke about the problem from the perspective of law enforcement officers, acknowledging that the police force is the first-hand witness to this sort of tragedy far too often. He shared some of the things the department is doing to help prevent traffic deaths, such as real-time monitoring of traffic cameras, weekly traffic unit meetings to address problem areas, and clearing streets of people who choose to drink and drive.

Following Chief Jennings’ remarks, Sustain Charlotte Executive Director Shannon Binns talked about our organization’s efforts to advocate for the policies, funding, and political will required to make our streets safer.

Sustain Charlotte has served on the city’s Vision Zero Action Plan Task Force since its inception. We believe it is imperative to make safety the priority for Charlotte streets. Not speed. Not convenience. Not the absence of traffic congestion. 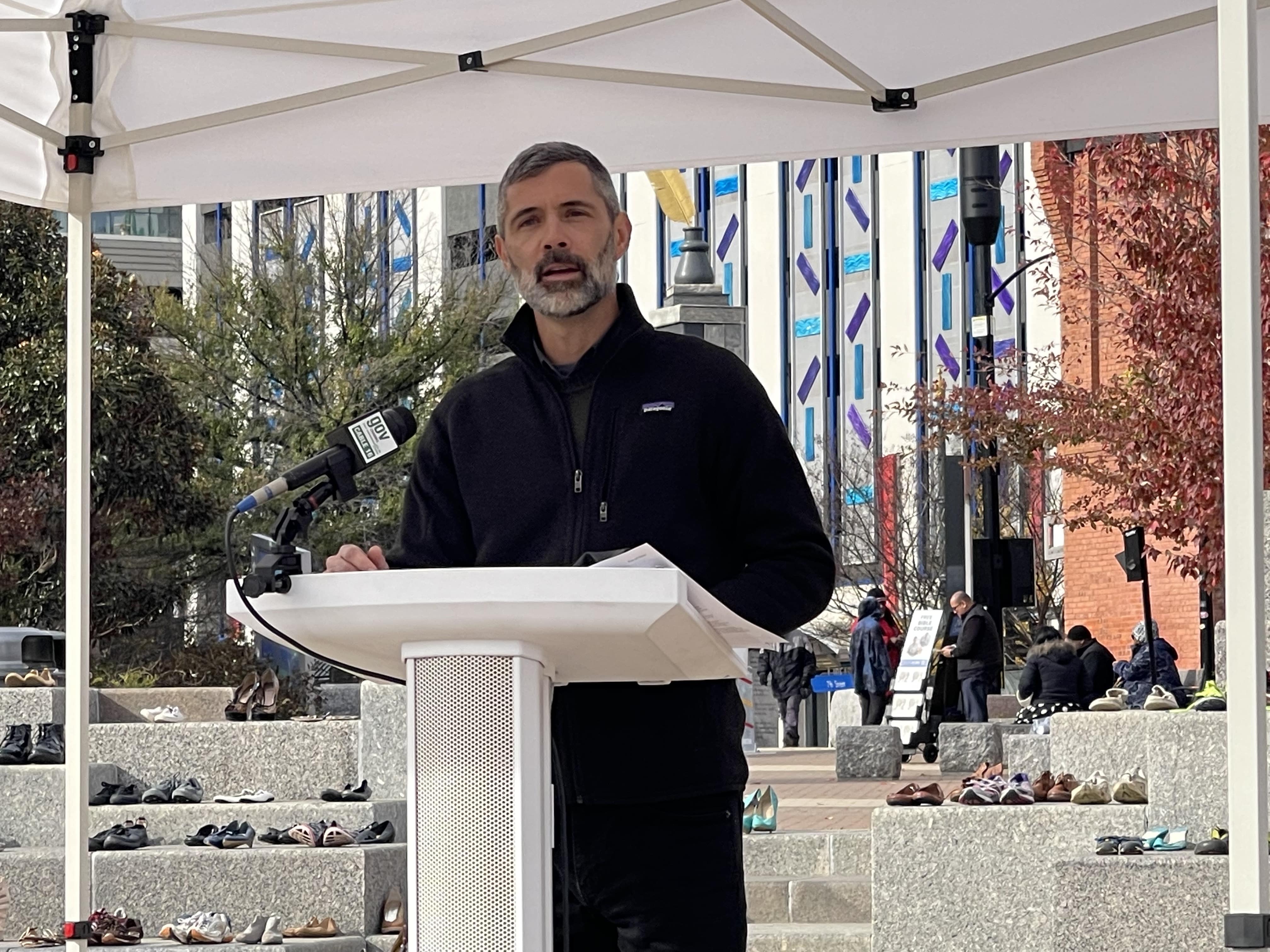 Sustain Charlotte operates on the premise that every life matters and zero traffic deaths is the only acceptable goal.

After Shannon’s remarks, Melissa Alsup spoke in memory of her daughter, officer Kara Alsup, and David Counter spoke in memory of his wife, Valerie Lee Strode. Both families experienced sudden and life-changing losses of their loved ones due to traffic crashes.

The ceremony concluded with acknowledgment of the many others who have died or been seriously injured by vehicles, poignantly illustrated by a display of more than 200 pairs of shoes representing individual victims.

Sustain Charlotte then led a brief walking tour to bring attention to safety improvements that have been built and could be implemented more broadly to create safer streets for all users.

My grandmother used to love to walk. We spent many hours together walking laps at the mall, strolling along the beach, and ambling to the park. She even competed in race walking in the Senior Games. But I find no comfort in the fact that she died doing what she loved. Her death was tragic, as are all fatalities caused by vehicles. Crossing the street should never mean risking death.

I do, however, find comfort in being part of an organization working to make our streets safer for everyone who uses them. We’ll never get our lost loved ones back, but we can all commit to eliminating future traffic fatalities and serious injuries by working together.

You can watch a video of the full ceremony here.

As a nonprofit, community support is essential for us to keep doing what we do — including providing free articles like this. If you found this article helpful, please consider supporting Sustain Charlotte so we can continue advocating for a better future and working with residents, neighborhood organizations, government agencies, nonprofits, and businesses to solve the most critical challenges to Charlotte's long-term social, economic, and environmental health.

*Photo at the top of the page: Attendees of the Day of Remembrance at First Ward Park on Nov. 20, 2022, place decorations on a display of shoes representing lives lost on Charlotte streets from 2019-2021. (Dashiell Coleman/Sustain Charlotte)