The Red Line from Charlotte to north Mecklenburg may be back on track. Here's what to know

Plans to build a new commuter rail line connecting uptown Charlotte to northern Mecklenburg County are picking up speed. As soon as September, the Charlotte Area Transit System could be seeking approval to move forward to a design refresh. 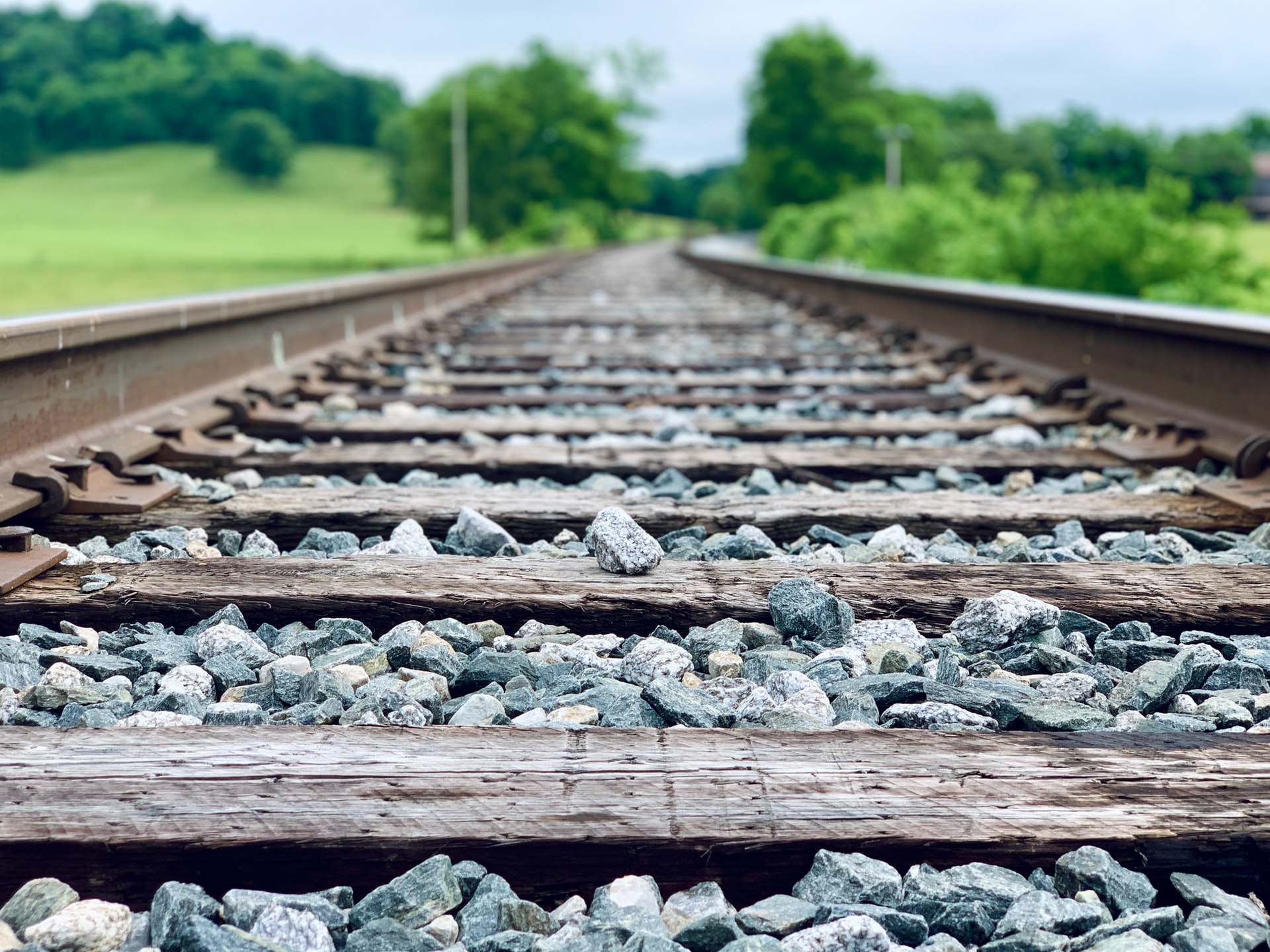 There’s a lot of history here, so here’s what you need to know about the Red Line and how we got to where we are today.

The CATS board wants to get the Red Line plans moving

Over the past few years, numerous people have suggested that advocating for the Red Line is pointless because Norfolk Southern hasn’t budged from its policy of not sharing freight lines with passenger lines.

But we didn’t give up. Neither did many of you — including the nearly 1,700 who signed our petition urging railroads to work together with CATS to support the mobility needs of Mecklenburg County’s growing population and allow the use of existing rail tracks to accommodate a commuter rail line. We kept advocating for the Red Line because we believe that residents of northern Mecklenburg County deserve fast, frequent, and reliable transit.

Is there finally tangible hope to see the Red Line move forward?

At the July 27 Metropolitan Transit Commission meeting, CATS’ director of planning, Jason Lawrence, presented an updated recommendation for the Red Line design. This recommendation reflects the existing and potential federal funding opportunities that Mecklenburg’s towns won’t want to miss and the mobility needs of the county’s population. 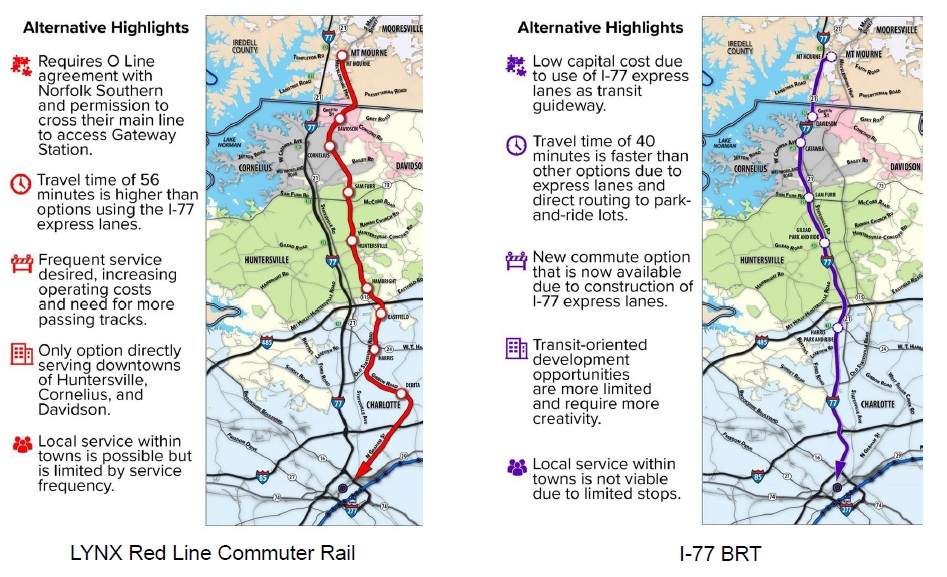 The Red Line plan needs to be updated. Since the MTC adopted it in 2006 as a part of the 2030 Transit System Corridor Plan, a lot has changed in the areas adjacent to the rail line, and new technologies have emerged. The future station locations would need to be reevaluated, grade crossing and rail design would need to be updated, and possible connections to Charlotte’s existing and future rail transit network and other transportation modes would need to be reconsidered. The project's design stage will take 18 months to several years. CATS has funding available in its adopted fiscal year 2023 budget to conduct the study. We’ll let you know more as details about the study become available.

Members of the MTC voiced support for the plan. However, some mayors expressed concerns over the expected frequency of services of the future line. Mayor Melinda Bales of Huntersville said there is a huge demand for commuting beyond just morning and evening weekday trips.  The community demographic has changed since the Red Line design study was conducted, so residents might want to commute throughout the day. Davidson Mayor Rusty Knox echoed this concern.

Lawrence said the 30% design study CATS wants the MTC to approve would determine whether it can implement double tracking on one track line to allow for more frequent service. As rail technologies have emerged, the future design plan would need to reflect that.

At the next MTC meeting on Aug. 24, CATS plans to continue discussing the Red Line design updates. This will require a vote from the MTC delegates in September.

Here’s what Sustain Charlotte thinks about the Red Line

We are very excited and supportive of the MTC’s intention to build the Red Line. It would connect the residents of north Charlotte and northern Mecklenburg County with the opportunities of uptown and the rest of the CATS network. Providing a reliable, affordable, and high-frequency transit option for residents will help mitigate the impacts of traffic congestion along the Interstate 77 corridor, improve air quality, reduce time wasted in traffic, and open up more job opportunities for residents who cannot afford a car or choose not to commute by one.

In February 2021, we created and posted an online petition (which many of you have signed) addressed to the CEOs of Norfolk Southern and North Carolina Railroad Company. As of July 26, 2022, we had almost 1,700 signatures. Thank you to everyone who submitted signatures and supportive comments!

No one can better describe the importance of the line for the northern Mecklenburg County towns and Charlotte than the residents themselves. Here are a few of the comments that were added to the petition by people who signed it:

In January, we printed the petition letter with all the signatures collected at that point and delivered it to the CEOs of two major railroad companies in the region: James Squires of Norfolk Southern, who has since retired, and Carl Warren of North Carolina Railroad. We also sent a copy of the letter to the members of the Charlotte City Council, the Mecklenburg County Board of Commissioners, and the mayors of Mecklenburg County’s towns.

Warren, the North Carolina Railroad CEO, responded and met with us to discuss challenges that would make the construction of the Red Line using the existing tracks an unlikely scenario. But we continued our advocacy.

Here’s how you can advocate for the Red Line

If you are asking yourself how else you can help a good cause by enhancing our transit network and connecting northern Mecklenburg County to uptown Charlotte in a fast, sustainable, and inclusive way, we have answers. You might consider your organization or neighborhood joining our Charlotte Regional Transportation Coalition to advocate with us for better transportation. Check out the coalition website or reach out to CRTC coordinator Meg Fencil at [email protected].

Let us know if you're interested in speaking with your elected officials by presenting at an MTC meeting, Charlotte City Council meeting, or a town meeting. We can help you understand how to sign up and assist with talking points. Email Meg ([email protected]) if you would like to get involved.