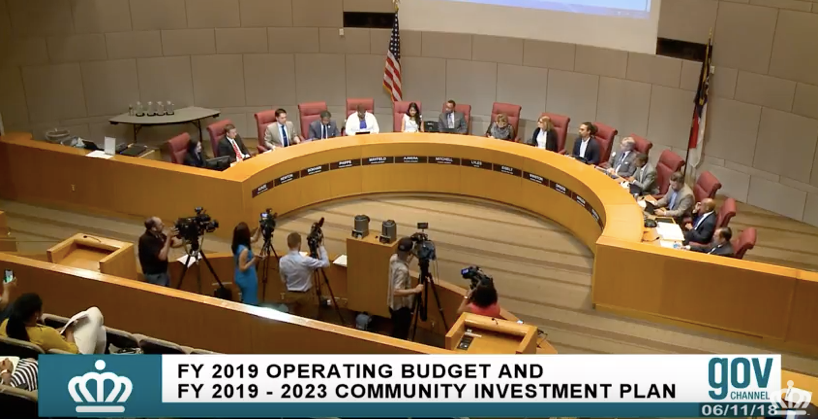 Even though Council members Ed Driggs and Tariq Bacardi both opposed the budget based on the one-cent property tax increase, they acknowledged the fact that the budget includes great projects including transportation choices.

Sustain Charlotte has made securing funding for Charlotte BIKES a priority since it’s adoption in May 2017.  We have dedicated many hours to meeting with Charlotte Department of Transportation leadership, researching the budget process, and educating City Council on the importance of a safe system of bike, pedestrian, and transit networks.

We also want to thank the Bicycle Advisory Committee for their advocacy as well as the 50+ residents who responded to our action alert by emailing Council to express their support for funding the bicycle program, pedestrian program, and Vision Zero throughout the budget process. We could not have done it without you!

This budget is an example of how a unified voice supporting active transportation can get the job done!

The SouthEnd Vision Plan was also unanimously adopted.  This plan took 20 months to create and had two rounds of edits in the Transportation and Planning Committee.

Read our blog post recapping the previous Transportation and Planning Committee meeting and discussion of this plan here.

Council Member Greg Phipps said that the SouthEnd Vision plan is a precursor for the Unified Development Ordinance and sets a positive tone for the format of future area plans.

Council Member LaWana Mayfield has been openly skeptical about Transit Oriented Development in the past, but she expressed her thanks to Council Member Braxton Winston for a request to include the affordable housing language in the plan.

Driggs continued to say that even though the SouthEnd Vision Plan is a positive step forward, it does not provide any recommendations or structure for funding the programs included in the document.  He expressed concern about Council’s willingness to pass plans without the allocated resources to back-up the overall vision. We agree with him on this point, and the lack of funding to execute plans (or more often the unwillingness to allocate needed funding after the plans pass) is a major problem.

SouthEnd Rail Trail Bridge over I-277

After approving the FY 2019 budget, Council also unanimously adopted a budget ordinance for approximately $11 million for a new bridge extending the Southend Rail Trail over I-277 that will accommodate both cyclists and pedestrians.  We are very excited about this as the current bridge is a dead end for those using the rail trail as the trail abruptly ends at the bridge. The new bridge will allow residents to travel into Uptown via the Rail Trail on foot or on bike. 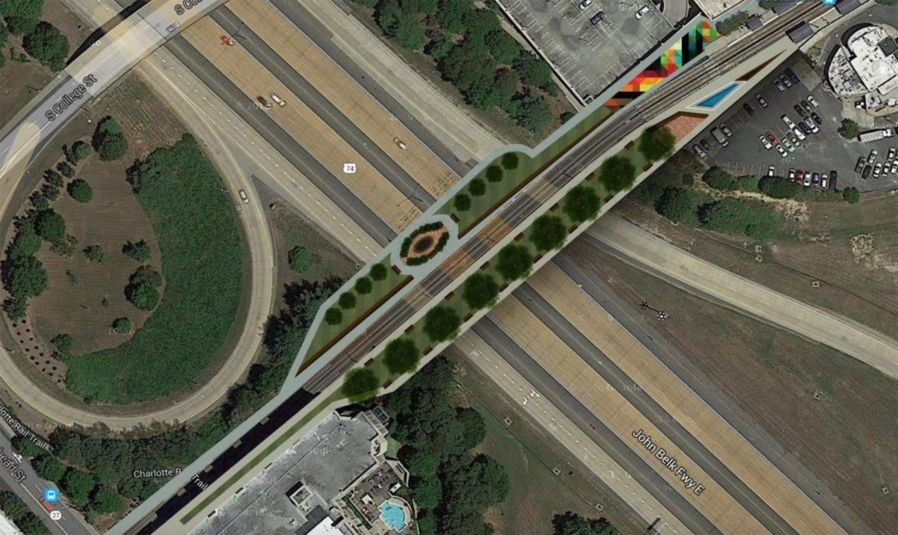 The proposed new bridge over 277. Photo by: Charlotte Agenda

In order to pay for the project, the City of Charlotte will contribute $3.1 million, the North Carolina Department of Transportation would pay $3.3 million, Mecklenburg County would contribute 3.1, and Center City Partners will raise another $1.5 million.

Finally, thank you so much to Council Member Dimple Ajmera for praising the Sustainability Summit we organized last Saturday in partnership with UNCC and our executive director’s State of Local Sustainability presentation!

Did you miss the meeting?  Watch the recorded video on YouTube here.