The City Council Environment Committee's conversation about whether or not to continue providing trash and recycling pickup at multi-family properties began several months ago. Since then, there has been a lot of discussion about what "multi-family" really means. During two public input sessions, many residents of apartments, condos, and townhomes have shared their concerns about rising costs, equity, and environmental impact. 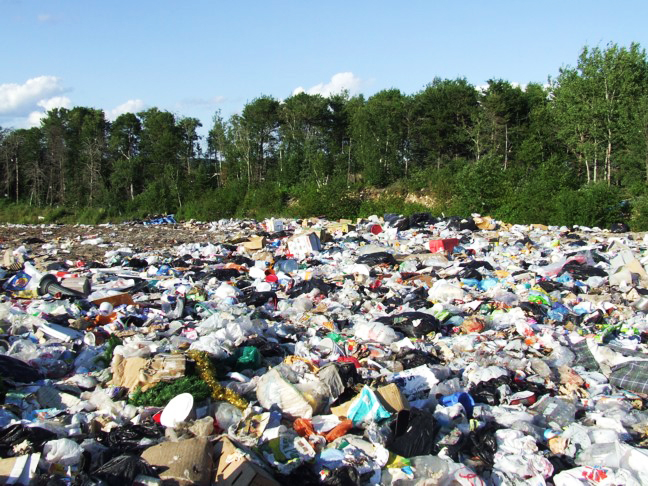 The City's ultimate goal is to divert 100% of waste from landfills.

Both the Council Budget Committee and Environment Committee have been working on this issue. At yesterday's meeting of the Environment Committee, staff explained that the Tax Assessor's office defines "multi-family" as a type of housing where multiple separate housing units for residential purposes are contained within one building. In other words, homes that share walls with other homes. That includes apartments, condos, and townhomes. They further break these down into commercial multi-family (apartments) and residential multi-family (condos and townhomes). Solid Waste Services proposes changes to the way that trash and recycling is picked up from apartments. Currently service is provided to apartments through a city contract with a private hauler.

Staff presented four options for the city's policy on solid waste service for commercial multi-family properties. If the city continues to provide service, it could do so: 1) unchanged from the current service, or 2) by recovering the full cost of service from the apartment complexes (due to recognizing them as commercial entities). If the city discontinues service, they could either: 3) end service to apartments after the current contract expires in July 2017 and require complexes to contract independently with waste disposal companies, or 4) end service to apartments but also establish a franchise pricing model to control service costs.

There has been vigorous debate about which option is best, but largely missing from the discussion has been the question of how the final decision will move the city closer to the Environment Committee's 2016 Focus Area Plan goal of developing "a baseline toward 100% achievement of waste diversion from landfill."

Is eliminating service to apartments (one of the most sustainable housing options) going to move us closer to or further from that goal? We agree with Mayor Jennifer Roberts, who yesterday said, "If we're thinking about incenting good behavior. has there been analysis of providing recycling?...I'd like to see a change that incents the right behavior."

It's a deep concern we share. If all apartment complexes are required to begin contracting for solid waste service, it's clear that at a minimum they would have to pay for waste disposal to the landfill. But how many of them will take on the additional optional expense of providing recycling service to their residents? We predict that far fewer apartment complexes will provide recycling bins, which are currently provided by the city (through a contract). That will result in fewer Charlotteans able to recycle at home, and more waste being buried in our landfills.

That would move the city further from our own stated goal of diverting waste from the landfill. It's our position that the ability to recycle at home should be a right, not a privilege.

Council member and Environment Committee Chair John Autry announced that he plans to ask the full Council at their next business meeting to refer the issue of updating the city's solid waste ordinance to the Environment Committee for further evaluation. This ordinance hasn't received a comprehensive update in over 25 years. A lot has changed in that time! Our population has grown tremendously. We're running of space to build landfills. Pickup and sorting of recyclables has become more efficient and automated. It's time for a new solid waste ordinance that will move the city government and entire community toward a way of managing our waste that is sustainable in every possible way: environmentally responsible, fiscally sound, and socially equitable.

CM Autry is a proponent of volume-based pricing (also known as "Pay As You Throw") where customers are charged by the amount of waste that they generate rather than everyone paying a flat fee. We agree that such a system is more equitable, cost-effective in the long-term, and environmentally-friendly than our current flat fee!